History of the model

A first representation of the MDH-PPH

Research directed by Patrick Fougeyrollas began in 1988 at the QCICIDH (Fougeyrollas, 1988).  The Canadian Society for the ICIDH (CSICIDH), who has the same mission as the QCICIDH with a Canadian charter, was founded at this time as well. In the winter of 1989, the first phase of research allowed publication of a review of the literature on the subject and a proposal for a new definition of the concept of handicap, accompanied by a taxonomy of life habits.  For the first time, the environmental factors dimension was introduced into a conceptual model illustrating the interaction between impairments, disabilities and environmental obstacles, and defined disabling situations as the result of this interaction.

It is in 1998 that the MDH-PPH was born after several years of research. This conceptual model differed from other human development models because it covers the concepts of “risk factors”, “organic systems” and “capabilities”. According to this version of the HDM-DCP, risk factors are behind the shortcomings in organic systems and the disabilities related to capabilities for the person or population. 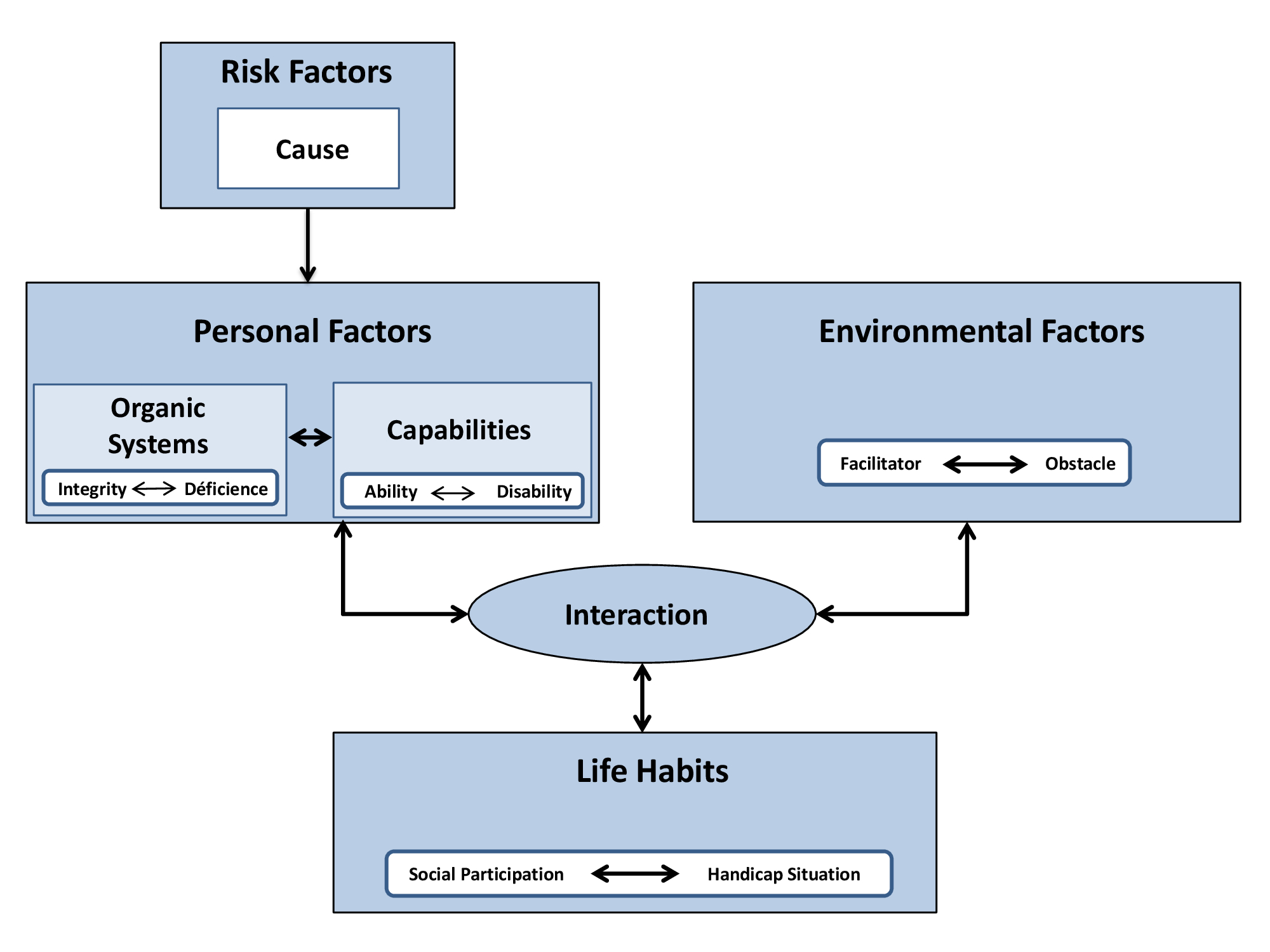 Enhanced Version of the HDM-DCP

In 2010, the DCP component was enhanced in the HDM-DCP conceptual model and was proposed as part of the document “La funambule, le fil et la toile : Transformations réciproques du handicap” written by Patrick Fougeyrollas. This new proposal is now known as HDM-DCP2.

The changes made especially affect the “risk factors” in the HDM component. These factors have been since integrated into the three conceptual domains of personal factors, environmental factors and life habits.

Life habits are now defined in terms of “daily activities” and “social roles”. These two categories include each six life habits.

Lastly, the concept of “identity factors” has been considerably expanded within personal factors. These factors are considered to interact with organic systems and the capabilities of people and populations. 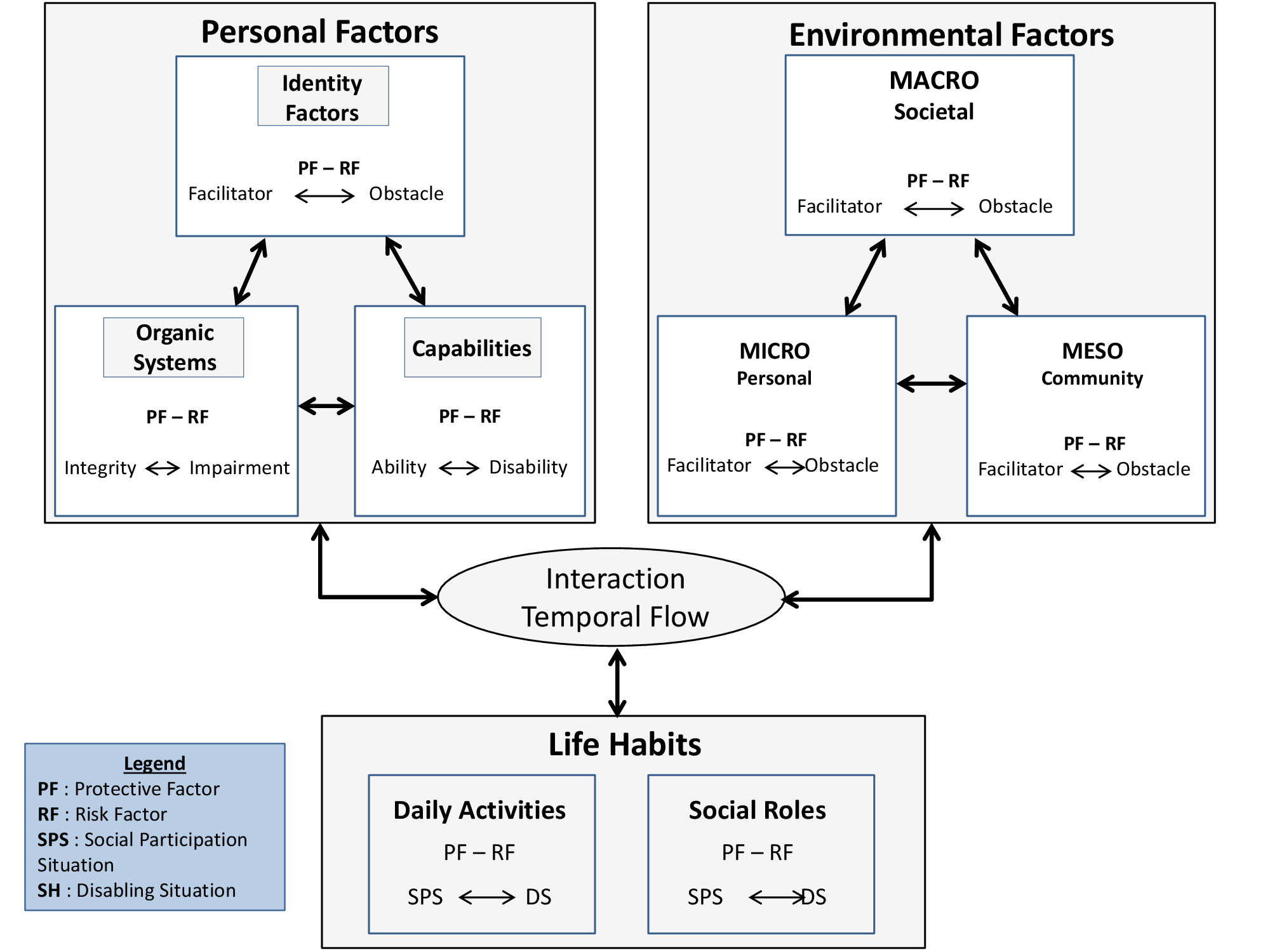